I don’t normally do this, but today, it just made sense.

I want to tell you a little story (yes, I promise it is little)

Once upon a time… (all great stories start that way 🙂 ) there was a girl, well a woman really, and she had a dream. A dream to write. She loved the English language, heck she loved all languages even if she could only read, write, and speak in one.

Well, as this woman grew older and what she liked to think wiser, she realized there was only one thing stopping her from fulfilling her dream of writing and that was herself.

She decided it wasn’t worth it to not reach out and take a chance, so she did a little research and decided to start a blog. (Hey! This is a 21st century story! You were expecting her to want to find prince charming? Bwuahahaha…. she had already fulfilled THAT dream! duuuuhhh!)

As she began her journey of writing, she was discouraged and distraught with worry and fear. Who would want to read what she had to write about? What did she know about blogging? What was she thinking? She had No idea!

Then, one day, as she was strolling through the worn out, she’d seen them a hundred times posts, on her social media, she discovered a gem!

Not just any gem, but a blogging gem! It was more precious than gold. It created in her a spark, a desire, a bigger and better dream. A dream beyond simply writing a blog. This blogging gem created a sense of purpose, a purpose renewed. A sense of worth!

She had finally found her way as she started working with this gem and working under its shining example.

As she continued on, her writing improved, she forged friendships that she would cherish for life, and she gained wonderful wisdom and knowledge from this wonderful blogging gem she had discovered.

Not the End but only the beginning!!

I am the girl, woman in this story (sure you didn’t figure that one out, huh?😉 )

The gem I discovered?

Well, that would be Sarah Arrow, her hubby Kevin and Sark eMedia!

There are no words to fully describe how they have changed me and my life! No, I don’t make money blogging, but I will. No, I’m not a world renowned writer, but I will be!

These two people have created in me a confidence and passion that can’t be slowed down!

Why am I writing this to you now, well that’s an interesting story in and of itself.

Let’s just suffice it to say, today is National Love Your Red Hair Day here in the states and as soon as I read that….. Kevin and Sarah….POPPED RIGHT INTO MY MIND! (hmmm….wonder why that was? *she says with a hint of sarcasm…tee hee hee) 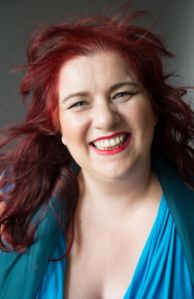 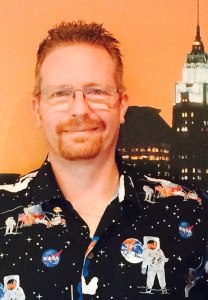